Walking netball is a great new way to play the game we all love!

This latest craze introduced in England is for ladies and gents aged 18 who may have previously enjoyed netball and would like to play the game again, be recovering from injury, just had a baby, want to learn to play for the first time, stay active, get a bit fitter or come and meet new friends and have a laugh!

- Participants must be over 18 years of age
- No running or jumping
- One foot must be on the ground at all times
- Player can hold the ball for up to 4 seconds
- Maximum of three males on courts at any one time - one in the defence circle area, one in the mid-court area and one in the shooting circle area.
- All other standard netball rules apply
- 4 x 10 minute quarters (some flexibility depending on numbers on the night) 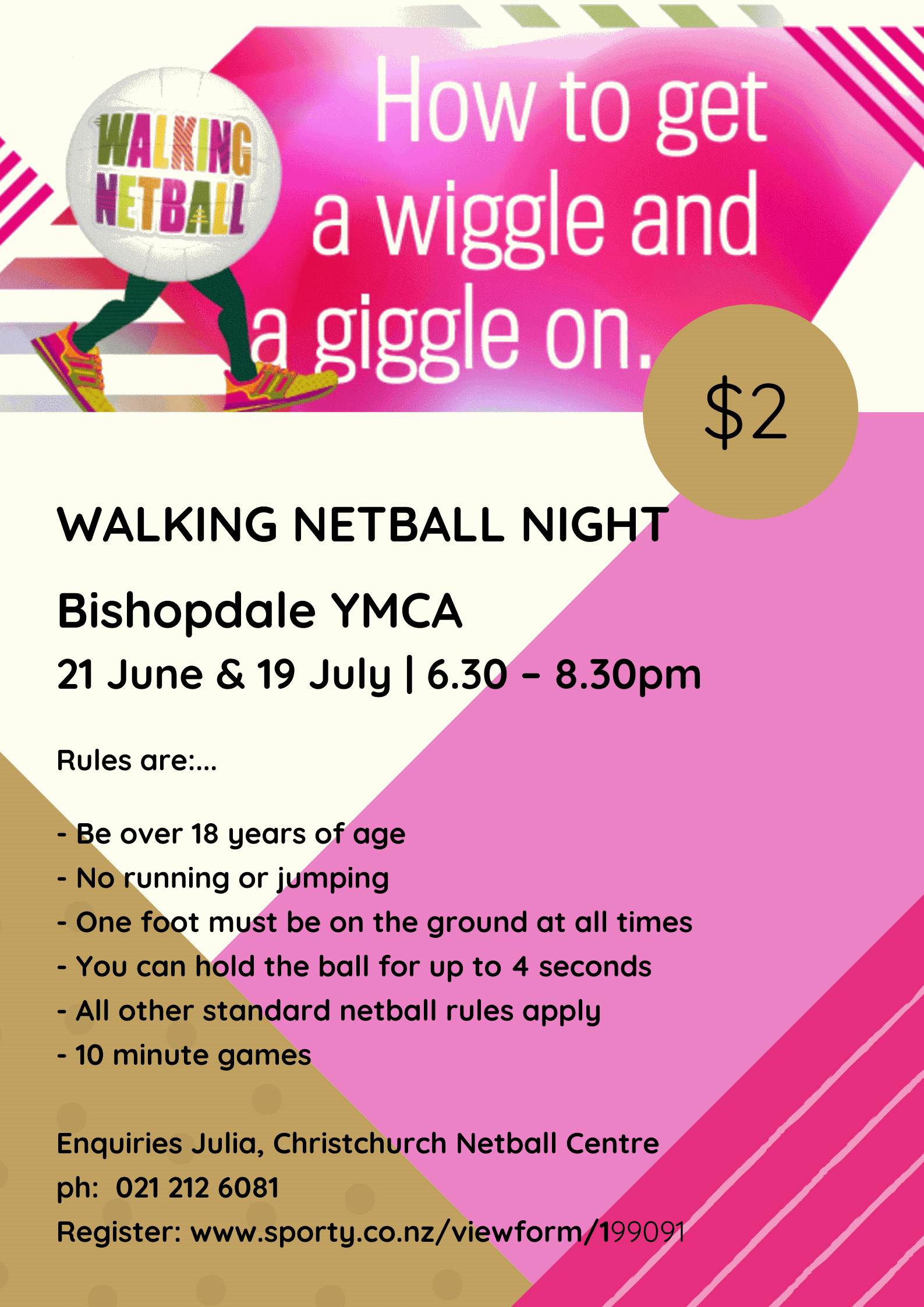