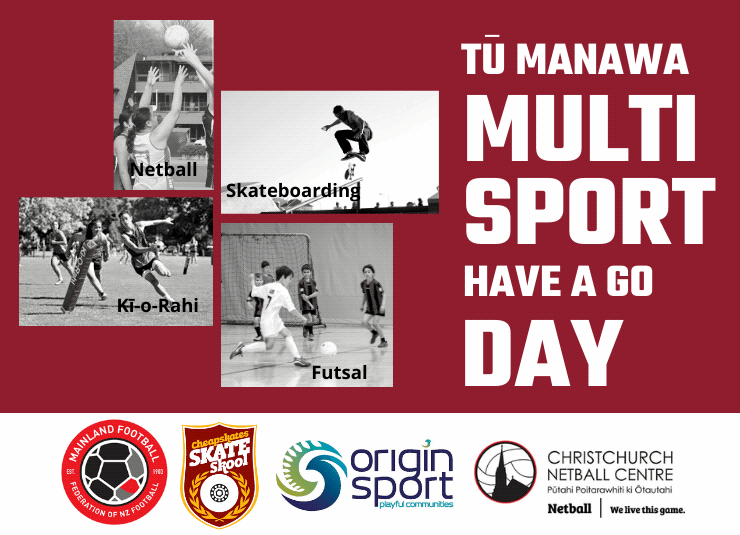 The day will feature four sports starting at 12.15pm: Kī-o-Rahi, Netball, Futsal and Skateboarding and is aimed at children from ages 5 up to 18.

Children will have the opportunity to try each sport for 35 minutes before moving on to the next sport.

While most would be familiar with netball, skateboarding and futsal, many might not know of or tried the traditional Māori game of Kī-o-Rahi.

Kī-o-Rahi is a large team game played between two teams, Kīoma and Taniwha on a large circular field. It is played for four quarters or two halves of a set time, where teams alternate roles of Kīoma and Taniwha at half or quarter time. The means of scoring points depends on which team role you are playing.

The event has been made possible due to the funding provided by Tū Manawa Active Aotearoa, which provides funding for projects to deliver play, active recreation and sport.

The event is free to attend, but registration is appreciated here.